Purchasing this product will earn you 832 loyalty points worth £8.32 GBP.

Active Autowerke has been an industry leader in engineering high quality BMW performance products for over 30 years, including this AA Midpipe. Dedicated to improving performance with the highest quality products, Active Autowerke is synonymous with making power. Our philosophy on developing refined BMW performance parts, with power in mind, and providing them to a large BMW community can be best characterized by our F87 mid pipe – a valuable addition to our M2C BMW collection.

The Active Autowerke F87 Mid Pipe was specifically designed to eliminate the highly restrictive nature of the S55 – thus creating optimal exhaust flow and drastically improving performance. In addressing the annoying sound ( described by many like that of a weed-eater ) we needed to better understand the issue. After much research and testing we discovered the synchronization of the Turbos as the main factor in the sound. The solution was a single mid pipe which eliminated much of the annoying sound. The next challenge was making a large 3.5" pipe ( needed for optimum performance ) fit without ground clearance issues - thus the oval pipe. Engineered for an exact fit on the new BMW M2 Competition, the difference in power with this mid pipe will be noticeable the moment it is installed!

See what actual customers are saying on BimmerPost!

Image photo is for illustration only, the product image used is the F8X M3 M4 midepipe.

BMW applied two silencers in the middle and rear of the factory F87 exhaust system to assist with noise dampening. The middle silencer has a small crossover internally. This helps with drone, however, it is also quite restrictive and amplifies the uneven, out-of-sync turbocharger sound that many owners have complained about.

Upon analysing the F8X exhaust, we came to the decision that we can accomplish more with much less – therefore designing our M2C exhaust started with the highly restrictive mid pipe. With our design, we were able to drastically increasing exhaust flow, while virtually eliminating the "dueling 3-cylinders" sound.

In order to get the most possible gains, we had to apply some trade secrets to our mid pipe design – many of our competitors have done the same. However, we wanted our F87 Mid Pipe to stand out from the rest.

Unlike the design of the factory mid pipe, and the mid pipes of our competitors, we decided on a singular pipe design. This was for a few reasons:

First and foremost, to cancel out that cheap weed eater sound that is so frequently complained bout. Not only does this design cancel out the un-M3-like sound, it creates a deeper, more harmonious sound that most have come to expect from a performance car built by the ///M Division. Naturally, with this increased flow – we were able to pull out a surprising amount of power. Eliminating this extra pipe also allowed us to save some valuable weight, which as you know, translates to improved performance! 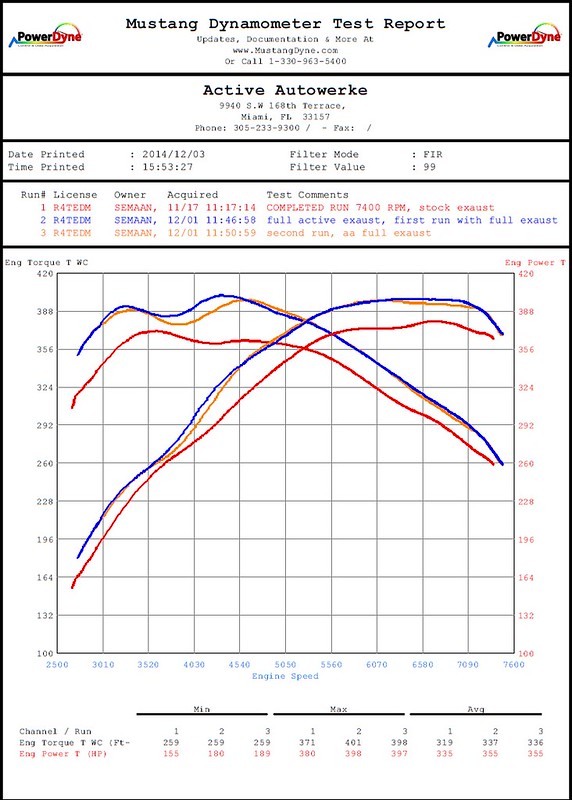 Note: Active Autowerke Full Exhaust System is recommended for, BUT NOT LIMITED TO, off road or racing applications.